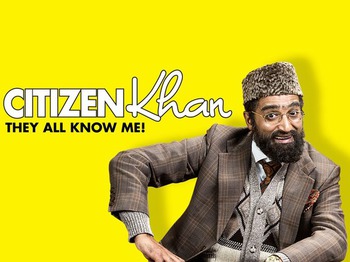 I often adopt a Citizen Khan approach to our life: frequently telling Maureen ‘they all know us’.  Once again the locals came to my rescue yesterday afternoon when Maureen gave me the slip.  It was another one of those farcical events that can leave you bent over with laughter when you look back.

I had been having a Sunday afternoon snooze and woke up to find Maureen had done a runner.  When I made it to the front door she was walking by and I hailed her with ‘hello Blondie’  she responded with ‘I was trying to remember where you lived’ and walked on.  I stopped to talk to a neighbour as Maureen started on a familiar route around a local Court.  Then I walked on to catch her as she completed her circuit but no Maureen. I checked with my neighbour but she had not passed him as he tended his front garden so I retraced my steps thinking she may have gone into someone’s garden.  A few minutes later I gathered what had happened when my neighbour said she was in a Close opposite our house.

Maureen had obviously doubled back and that was why she had not met me at the end of the Court.  Then she had gone back towards our house and ended up in the Close.  When I found her she was on the arm of a woman who lives in a bungalow opposite our house.  She has been kind enough to let us park our car on her drive while skips have taken up our normal parking space.  To show our thanks for her kindness I invited our neighbour in for a cup of tea and she stayed and chatted for a while.

It is so helpful that our neighbours know us and are aware of Maureen’s condition.   I always know if she slips out some kind soul will be on her case within minutes to keep her safe and sound as they usher her back home.