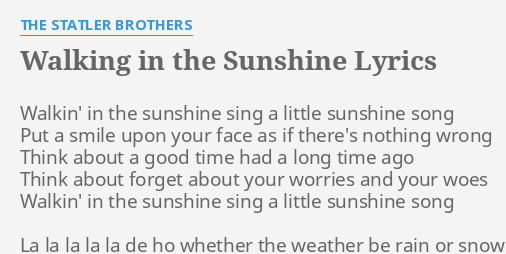 Maureen excelled in the beautiful sunshine that we both enjoyed here in Cleethorpes yesterday afternoon.  I could hardly hold back the tears as I saw my lovely wife walking and talking in the streets of Humberston.

She was a little nervous as I encouraged her to walk around Royal Court alone.  I was able to watch her until the corner and shout words of encouragement as she hesitated at the sound of a barking dog but she looked back at me and walked on.  I stood rather nervously at the other end of the Court until she came into sight.  As soon as I saw her I shouted words of encouragement and was pleased when she returned my greeting.

There were lots of people out in their front gardens as we continued on our stroll.  We stopped and chatted as we ambled along and Maureen was keen to interact with the gardeners.  I think her enthusiasm was sparked by making new acquaintances: she hates it when she can’t remember who people are.

Towards the end of our walk, a gentleman recognised that I was wearing a Coventry City shirt and we stood for almost half an hour chatting to him about all sorts of things. Maureen loved talking to this man as she was able to contribute to the conversation about Coventry and coal mining.  He had been a surveyor in the mining industry something that surrounded Maureen in her childhood.

I’m not sure what the weather forecast is for today but it is another day when opportunity knocks as I have cancelled the carer sit as it would have been a newbie.  If the sun shines on us today who knows what we might get up to.  My money is on Maureen proving the doubters wrong as confidence may be the issue on some fronts rather than capacity.   If I’m patient and continue with positive risk taking my money is on the butterfly emerging from her chrysalis as spring moves into summer.

The only downside of yesterday was that Girl Monday/Friday was still on holiday.  This means that Maureen won’t hear her ‘good news’ until Friday but I understand she may be already be booked in for babysitting.  It also looks likely that our longest serving carer will not be at the Best Interest Meeting on Thursday and I have therefore suggested another postponement until she is available.  The way things are going she might even have to bring the baby to the meeting!

2 thoughts on “Dementia: Walking In The Sunshine”