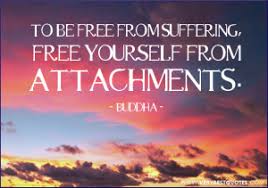 If I don’t keep my ‘eye on the ball’ this morning I’m going to cause Maureen unnecessary upset.  As I tried to encourage her to go to bed last night I noticed her engagement ring was no longer on her finger: she responded with ‘perhaps I’ve lost it’.  It’s important for me to take her comment at face value this morning: mention the missing ring and I am likely to cause pointless distress.

It is possible that Maureen’s ring has slipped off her finger as it is far too big following stroke.  However, there is also a chance that she has put it somewhere for safe keeping. What I have to resist is spending hours hunting around the house and garden: something we both did when I lost my wedding ring a few years ago.  After several weeks we declared my ring gone forever and I replaced it with a look alike that cost a few pounds rather than go for platinum again.

Daniel Craig came to my rescue last night and helped me not to absorb Maureen’s distress when she arose from the sofa shortly after 10pm.  She had no idea where she was and desperately wanted her mum.  My struggle to settle her took some time; particularly as she had no idea who I was or what we were doing in the same house together.  Watching ‘Sky Fall’ provided the distraction I needed so I didn’t absorb Maureen’s upset and hostility: yet again I still didn’t see if James got the baddies!

Maureen woke at dawn this morning looking for ‘the others’ and wondering if she was going to be ‘left alone for the day’.  It looks like being her ‘Tea Boy’ has helped her to feel safe rather than be afraid of being alone with me in the house.  I’ve tried to ground her with thoughts of searching for more LP’s at the Car Boot Sale just down the road.  I hope I can persuade Maureen to accompany me this morning: who know we might even find one by Johnny Ray to remind her of that live show when she was a teenage ‘Groupie’ waiting eagerly at the stage door for his autograph.

Now I wonder if I can practise what I preach with some early morning meditation on the dangers of attachment: